When opposites say "I do." 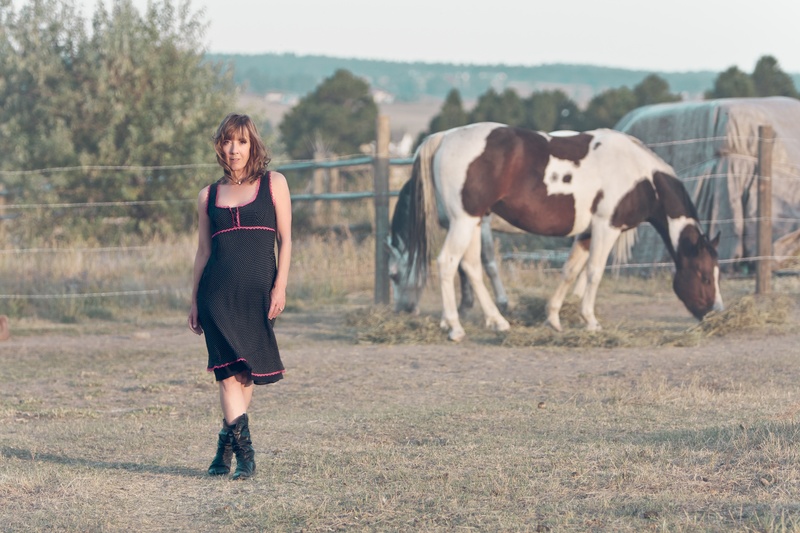 When I married my dear cowboy I was living in a downtown penthouse. He lived out on the Eastern plains. He came from a blue collar family and I came from a white collar family. We met and married in a whirlwind of 8 days. That was 18 years ago and it has been a wild ride!

If there were ever two people more different in their ways it would be us. When we first married, we moved south of Pueblo, Colorado at the base of the Greenhorn Mountains, built a home from the land and named it the 'JLB Ranch'. Our neighbor, Roy, was an old cowboy who spotted a greenhorn (me) and proceeded to welcome me to the neighborhood by bringing me a dead rattlesnack in a bucket. (Yea that's right) I was the laughing stock of the neighbors for quite awhile until I took two of Roys sick calves and tried one winter to save their poor little lives. It was colder than... well there is that expression, which if you don't know what it is let us just leave it at that and move on. I would drive up with my cowboy and sit in the freezing barn and bottle feed the calves. (If it had been up to me they would have been inside the house.) I sat on the hay bale with one of them in front of me and pretended to be "mama". I grew to love that little critter and Roy grew to grudgingly respect me. When that calf died I cried so hard that I thought my heart had broken and Roy was softer in the handling of me after that. Still, I was living in the middle of "Nowhere" (actually the road was called Last car,) so that gives you an idea of where we were. My cowboy worked a hundred miles away and I wandered the property in my fur coat and my pointy boots until I saw a rerun of Green Acres. I realized that I was (Dear God) that Gabor woman and so I hung the coat in the closet and later donated it. I started researching cowgirls and country duds, and the attitudes of the neighbors began to rub off on me a bit. I could haul water into a cistern and bridle a horse. I stood fascinated as a 5 mile long swarm of bees went making their way across the property and into the valley. I saw a blonde bear at the end of the driveway and I wanted to take its picture, Yea I know, fearless. I stopped painting my fingernails and only polished my toes and then, only in summer. We threw a big party one weekend for my city friends and they commented how much I had changed. I was changing, and sometimes I embraced the change and sometimes I fought it with every city cell in me. My husband became a more well rounded person as well. When my family took him to the theatre for the first time in his life, he told me he thought he would hate it, but he loved it. He listens to classical music with me now and even seems to appreciate it. He will let me give him a facial on occasion and I will muck a stall now and clean a chicken coop without saying things like "ewww." Yea, we are becoming a melting pot of the best of the both of us and that gives me joy.

Now we live closer to the city and a drive into town only takes a half hour. We are known to once a year go to the symphony or the theatre. Most nights we are home on our little farm, hanging in the garden or brushing the horses. My clothes are mostly jeans and boots and I couldn't wear a high heel if you paid me. I have one pair, never worn, in a box on the top shelf that stares down at me from time to time, as if to say "Give me to someone who appreciates me, TRAITOR!"   I think when I am done here I am going to pull that box down and take one last look at the life I have left behnd, because I am a country girl now and shoes like that belong to some poor girl in the city who doesn't have a clue.  The Goodwill store and teetering hearts on heels will be happy tomorrow.

Happy trails to you sweetheart,because these feet were meant for boots of another kind.

Oops, you forgot something.

The words you entered did not match the given text. Please try again.

Reply Alventic
4:03 AM on September 6, 2022
You explained this very well. essay steps to write a narrative essay

Oops! This site has expired.

If you are the site owner, please renew your premium subscription or contact support.